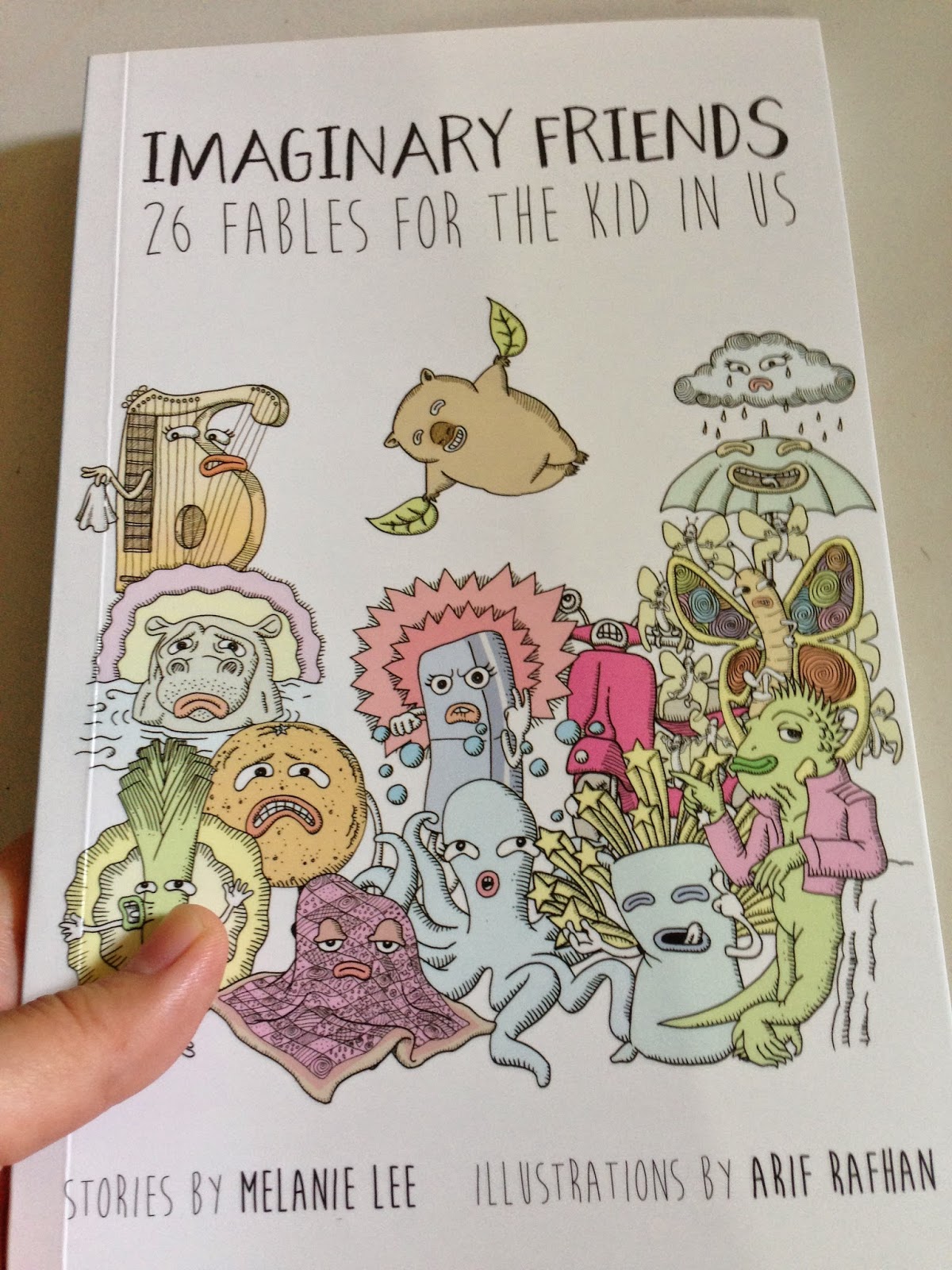 I'm on the Books Actually mailing list and when I saw the ad for the book launch for this book, I knew that I had to go take a look.It didn't hurt that Melanie (the author) put up photos of the food and drink she prepared and posted it on her Facebook page created specially for the launch.

This book started out as an ebook and was on the Top 5 on the kobo charts and the lovely people at MPH have now made it into a print edition to reach more people.The illustrations took a bit of getting used to but within 5 stories, I started appreciating the style.

The stories, on the other hand, were brilliant and I took to them like a duck to water. I love the alliteration, how the stories were titled,

The author mentioned that it started out as a month-long project in April where you write something everyday based on a letter of the alphabet. "Being busy people, short term projects were great," Melanie declared at the book launch. I know of no truer words.

Anyway, this book is so awesome if you're into short reads and a hint of dark humour. Please be warned, despite its colourful cover, IT IS NOT FOR KIDS. Haha.

So, to whet your appetite, here is an excerpt of my absolute favourite piece: 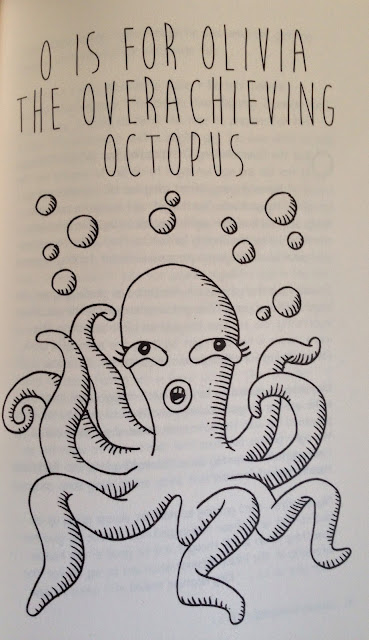 Olivia the Overachieving Octopus has just laid 100,000 eggs at her lair and was writing a to-do list to prepare for the arrival of her offspring. After using her ink to write out a list of 64 things to do (her target was always to do eight things with each of her eight arms each day), she hitched a ride from Sammy the Speedy Sailfish to the Golden Palace, her workplace where she was a personal assistant to King Neptune.

It was a job that she loved - the pace was challenging and she loved meeting so many different creatures from the sea. Most importantly, this job gave her a sense of satisfaction. She was a pioneer in her own right by doing this meaningful work, forging a path for other female sea creatures to follow.

King Neptune seemed to be very quiet today, which was rare as he was just a typical old man who liked to tell stories. She presented him with the home-made seaweed pie she'd baked the night before, but even that didn't seem to warm him up. Finally, after much pacing up and down, King Neptune told Olivia that he had to fire her.

"My daughter - she's getting so restless, always going up on land to flirt with those two-legged men. I have to give her something to do and I thought it'd be good if she had an internship at the Palace Administration and be my PA for the next year or so..." King Neptune trailed off when he saw Olivia's face darken. Even though he was immortal, getting sprayed with octopus ink was never fun.

Find out what happened to Olivia when you get the book! (I can identify because I do the work of 8 at work. Haha.)

I loved this book because it was so short and snappy. It helped that the stories aren't linked so you don't have to read it in any particular order, but I did of course, what with the engineer training that I had - everything must go in order. In addition, I thought the "Moral of the story" bit that Melanie put at the end of each story was hilarious! She commented that it was for her to have a quick conclusion for each story. It certainly did that and more. I found myself laughing at every "Moral" because she was so witty! Some of them were so unexpected. So I finished this book in 3 days. It was my bedtime storybook, the last thing I read before I slept each night and I slept soundly each night.

You can order the book here or go get a copy yourself from the bookstores. :)

Enjoy!
Posted by Rachel at 9:47 AM No comments: