All things new by Debora Barr 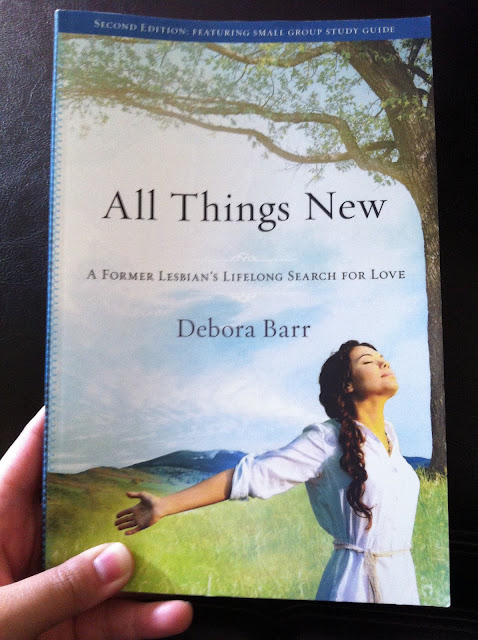 I received this book as a gift from my room mate Joana on the last day of the Exodus Freedom Conference. It was four days of amazing testimonies and speaking that I really benefitted from.
This book tells the story of Debora who grew up as a child going to church with her mother, but later ended up rejecting God in her youth. She was introduced to the world of homosexuality by another woman and began her 18 year journey in the gay lifestyle.
God reached out to her through one of her partners who brought her to the Metropolitan Community Church.
Later on in her life, with a different partner in a different church, as she developed a closer relationship with God, she was gradually convinced that homosexuality was wrong. And so was her partner. This story is so amazing because by this time, she had already entered into a civil union with her partner and built a house from scratch on 10 acres worth of land. Yet she still chose to walk away from it all.
The second half of the book consists mainly of Debora's journal entries which are testament to her love and commitment to the God that she loves. I'm so touched and amazed at her story and I'd recommend it to anyone. Whether you are an individual struggling with same sex attraction, a family or friend who is affected, or not, all should read the story of a God that pursued Debora and won her over over many years.
Posted by Rachel at 4:54 PM No comments: 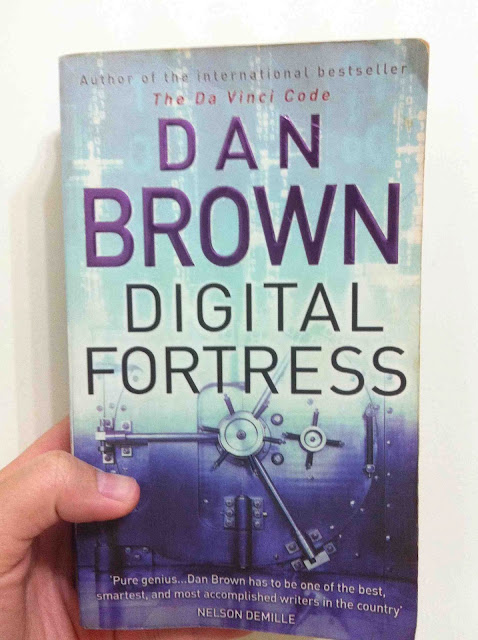 I finished this slightly battered copy of Dan Brown's Digital Fortress within 2 days. The bulk of it in the first. It's that good.
I got this book from a colleague earlier this year as she was clearing out her bookshelves. Thought I'd take it since I really enjoyed 'The Da Vinci Code' and 'Angels and Demons' and I was not to be disappointed.
What a thriller it was! I was hooked from the beginning. The many twists and turns in the novel came at the precise moments when the reader's attention might be faltering and really worked to keep one reading.
The book is about the National Security Agency (NSA) in the USA that serves as the databank for all things classified and confidential. A possible leak would be disastrous and that is what it faces as an ex-employee threatens to bring the house down. Our protagonists, David Becker and Susan Fletcher are lovers who are at opposite ends of the globe working hard to solve the mystery.
That's about as much as I can give away without spoiling the plot. If you're bored, this is a book you'd not want to miss. It's really exciting. If not for the fact that I had to report to work at 8.30am this morning, I'd have stayed up to complete the book.
Well then, can't wait to get my hands on Dan Brown's latest!
Till then, enjoy!
Posted by Rachel at 8:37 PM No comments: