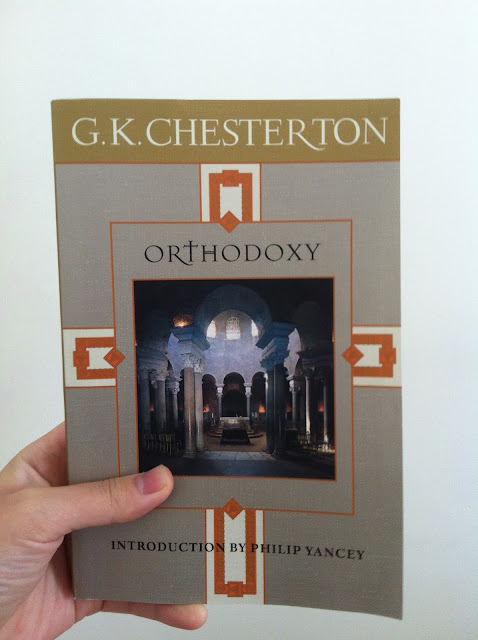 I read this book over a period of 2 months. For me, that is a relatively long time because I usually finish books within a day (if it's really interesting) or a week (when it is heavy). Now apart from the book being a pretty difficult read by my standards, I had a whole host of other books that captured my attention over this period of time that distracted me, these included, "A Year of Biblical Womanhood", "Praying to the Goddess of Mercy", "Out of a Far Country" and "A Clean Breast".

Well, I first heard of Chesterton when Nicole Conner quoted him on Twitter. My interest piqued, I started googling him and discovered that he was an intriguing author. I read up about him on Wikipedia too. After that and some other considerations, I decided to purchase two of his books from bookdepository.com.

When I got this book, I began reading it immediately. It was tough. The writing was unlike any I had ever encountered. His subject was Christianity and his style was allegory. Now this might be pretty interesting but I wasn't used to it.

So in my recent vacation to Taiwan, I managed to squeeze in time to finish this book. I realised that the back part of the book was so much more interesting than the beginning. It was perhaps because he had finished his introductions, which consisted of snipes at other people among other things, which I wasn't too interested in reading.

The last couple of chapters gave beautiful and clever analogies and allegories on why Christianity made sense to him and turned him from an agnostic to a theist.

I'll start reading the second book I bought that he is famous for, The Everlasting Man, once I get through my other fascinating reads that my friends gave me for my birthday. I have at least 10 books to finish. Bliss!

Posted by Rachel at 3:07 PM No comments:

A Clean Breast by Theresa Tan 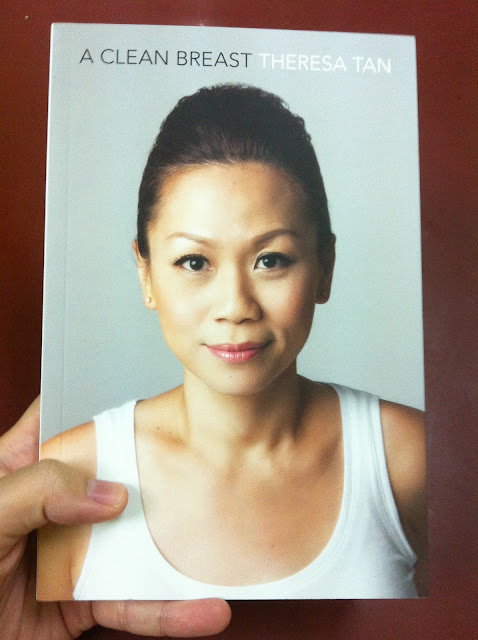 Theresa is a friend I made on Twitter. She runs a blog at http://acleanbreast.wordpress.com/ that I follow and it chronicles her journey of overcoming breast cancer.

She tweeted that she was in the process of writing and editing a book earlier this year which was due to be released in November. I was waiting in anticipation and when it was out, I got a friend to buy it for me as a birthday present.

I finished the book in one day. It is that good.

Theresa was an editor at various magazines and it shows in the writing. It is clear, easy to read and very, very witty at some points.

Through the book, I learnt a lot about breast cancer, about DCIS or Stage 0 cancer, about early critical illness insurance coverage in Singapore, and more.

It is a very honest account of her experience and I really salute her for it.

The book also provides an insight into how cancer not just only affects the patient but the immediate family members and friends as well. At the end of the book, she got her husband and two children to express how they felt throughout the entire process.

Go get it at any bookstore in Singapore in Kinokuniya, Popular or Times today.
Posted by Rachel at 10:12 AM No comments: